When it comes to women’s health, it’s not just the fact we don’t talk enough about periods, polyps, pelvic floors, fibroids and more that’s the problem. There aren't enough medical studies done exclusively on women, which means the things we do know about our bodies may be wrong. Jeanette Kwakye investigates...

As a woman in 2021, you’re highly likely to be affected by at least one of the strands that make up the gender gap, with the pay gap the big one grabbing headlines . But, have you heard of the gender data gap?

This means that when someone fires off a generic medical stat regarding humans, that ‘human' is likely to be based on a man. In fact, cis white men, at 1.77m tall and 76kg, to be precise. More importantly, this means that a lot of what we believe to be true about our bodies is probably informed by data not collected on us.

Heart of the matter

Take coronary heart disease, the leading cause of death among women globally. We all know that a pain in the chest and down the left arm is a tell-tale sign that you may need to go to hospital, right?

This means that a lot of what we believe to be true about our bodies is probably informed by data not collected on us.

Author Caroline Criado Perez, author of Invisible Women , which investigates the gender data gap in lively detail, says, “I was just so shocked that in the 21st century doctors were misdiagnosing women because the symptoms of our heart attacks don’t confirm to those of men and that women were more likely to die and more likely to be misdiagnosed.”

The answer, in the majority of cases, is that we don’t, which is why 8 out of the 10 prescription medications that were pulled from the market between 1997 and 2000 were removed because of negative effects for women.

Why are we left out?

Seeing as we make up 51% of the population, you may be wondering why we’re left out of the medical-trial party. Well, a woman as part of a clinical trial can be seen as too complicated.

Men have a fairly simple daily rhythm of sex hormone fluctuation, where testosterone is highest in the morning and slowly declines over the day. This then repeats daily. Women, in contrast, have a month-long ebb and flow of the two most important cycle hormones, oestrogen and progesterone, which means that our physiology changes across the cycle too.

Dr Emma Ross, former Head of Physiology at the English Institute of sport and Jennis Physiologist, explains: “The challenge here is that when you test a woman at one time in her cycle, she might not have the same response as at another time, which in turn makes us expensive and complicated as trial participants.

Even when researchers do include women, and control for their menstrual cycle, the studies are usually performed at the point in their cycle when their sex hormones are at their lowest. “This means that biologically speaking, they more closely resemble men,” says Emma. “So, yet again, we still don’t actually know whether the outcomes of the research will serve women effectively across her whole cycle.”

Between growing breasts, periods, birth control decisions, pregnancy and childbirth, not forgetting menopause and a splash of HRT. It’s not just the studies around women’s health that are the issue. There are a lot of things about women’s bodies that just don’t get the air-time they deserve.

Take yourself back to your PSHE (Personal, Social, Health and Economic) lesson, which was timetabled once a week – if you were lucky. At teenage age, language, resource and information on anything remotely associated with women and their bodies was always a bit of giggly secret.

Rather than promoting body literacy, it suggests we don’t have a right to be curious about our body and that we should shroud it in secrecy

Although things are changing, this is carried on through generations, which in turn can make conversation with a doctor around women’s health issues an awkward one. From periods to birth control decisions, pregnancy symptoms - the list goes on - more often than not we find out about their own health issues by accident.

Jennis CEO, Meg Donnelly, explains why normalisation of women’s bodies are key, “In our society today, there shouldn’t be any reason why we have stigmas associated with this stuff, but we do. As an example, there are around 1,000 euphemisms for the word period – the time of the month, the curse, your monthlies, pezza, on the blob – you get the picture! The more we refrain from speaking honestly and openly on the subject, the more we're silencing the matter and fuelling the discomfort around it."

“Rather than promoting body literacy,” agrees Emma, “it suggests we don’t have a right to be curious about our body and that we should shroud it in secrecy, or in some instances shame.”

With this as the language our young girls have to work with, it’s no wonder 48% of 14-21 year-olds are embarrassed by their periods and 26% reported they didn’t know what to do when they started their period.

So what can be done to make sure women are at the heart of medical research and have the confidence to talk openly about their body and health?

First of all, the gender gap in science, tech, engineering and maths needs to close. Dr Ross, says: “Women make 80% of family healthcare decisions, yet only 13% of healthcare CEOs are women. Unless we have women in those spaces saying ‘that’s not my experience as a woman’, then no one is ever going to ask the right questions.”

The organisations who award the grants for research need to bring gender equality to the fore. “That means investing in more research into the female body, but also ensuring that the research that is being done on women – or men and women – is good quality research.

“At the moment, research that does use both men and women doesn’t often sex-dissagregate the data, which means it doesn’t look at the men and women in that experiment separately (because we know the responses might be different).

“We also need the people who publish the research papers to be clear on who it represents. If a study is done on the effectiveness of a certain type of training on fitness or strength, but it just uses 30 males, it needs to state that this is just ‘in males’ in the title. That doesn't happen at the moment.”

When it comes to opening up the conversation around women’s health and equipping us with the confidence and vocabulary to ask the right questions: “I think we need to support organisations and publications who are asking the questions, highlighting the issues and doing something about it,” says Meg. “We then need to make sure that we work together to highlight and amplify each other’s conversations and success stories.”

Map your training to your menstrual cycle with Jennis CycleMapping. Sign up to try it first 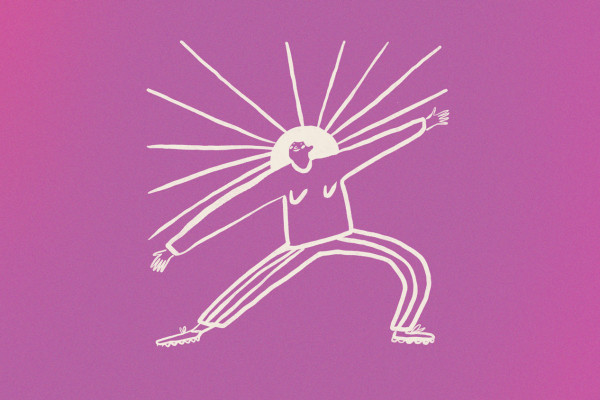 Can you reduce the symptoms of PMT? 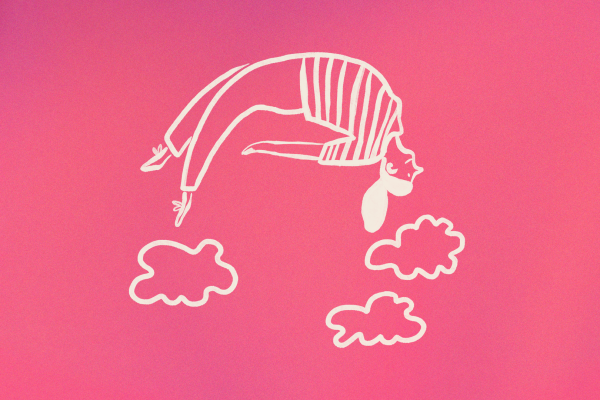 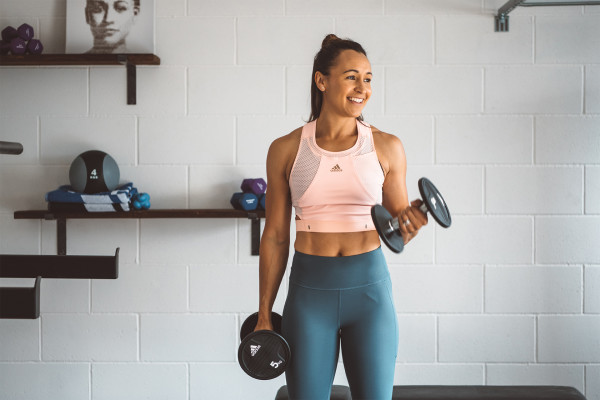 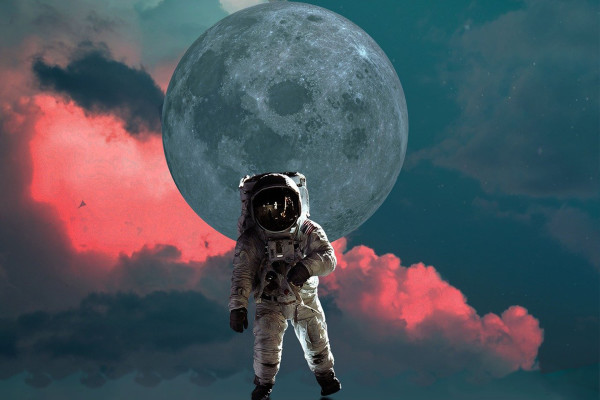 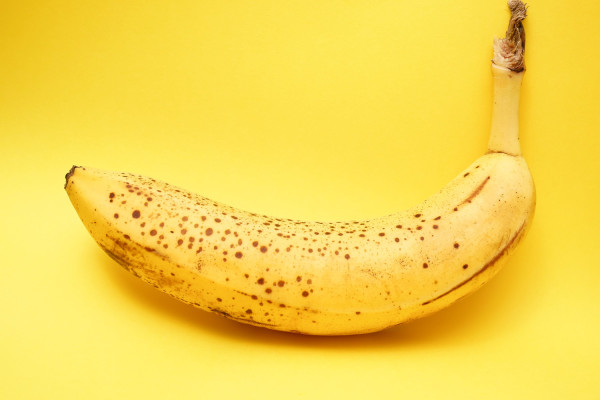 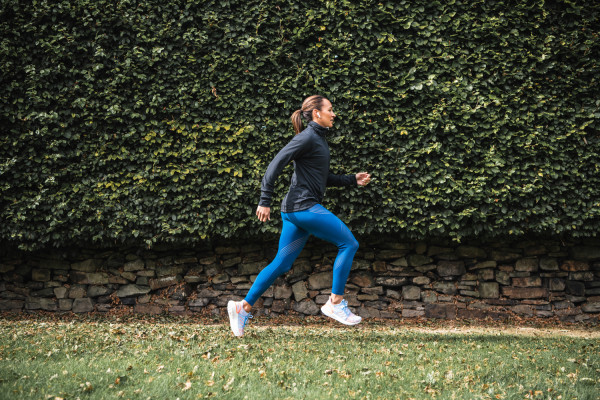